Aiden is a 20 year old racing driver from Dalkeith, Scotland and is currently studying Mechanical Engineering with Renewable Energy at Heriot-Watt University. Aiden started his Motorsport career in karting at the age of 12 at Raceland in Macmerry, East Lothian. He successfully raced karts for three years and won the points championship in 2011 with many race wins under his belt. He also started competing in Junior Bangers in 2010 at Thunder Valley Raceway in Lochgelly. He won his first ever race in his Honda Civic and went on to win the points championship in 2010 and 2011 and also the Scottish Championship in 2011.

Aiden then went into the Motorsport News Ford Fiesta Junior Championship in his Ford Fiesta ST.  The series visits Silverstone, Brands Hatch, Cadwell Park, Rockingham, Donnington and Snetterton circuits. In 2013 he proved to be a multiple race winner having started the season in an uncompetitive Fiesta junior car, he was able to obtain a fully competitive car after round 6 and then won 9 out of the last 10 races of the season to finish the championship second only 6 points behind the champion. There is little doubt that if Aiden had had this car at the start of the season he would have won the Championship. Aiden has also competed in the Celtic Speed Mini Cooper Cup where he is was a race winner.

In August 2013 Aiden's Motorsport career went global when he was able to debut in the main British Touring Car Championship, becoming the youngest ever competitor in the Championship's history. Having competed in the last two rounds at Silverstone and Brands Hatch, Aiden impressed the entire paddock with his performances and professionalism, especially in the wet at Brands Hatch. He was even able to score championship points, a truly impressive effort. 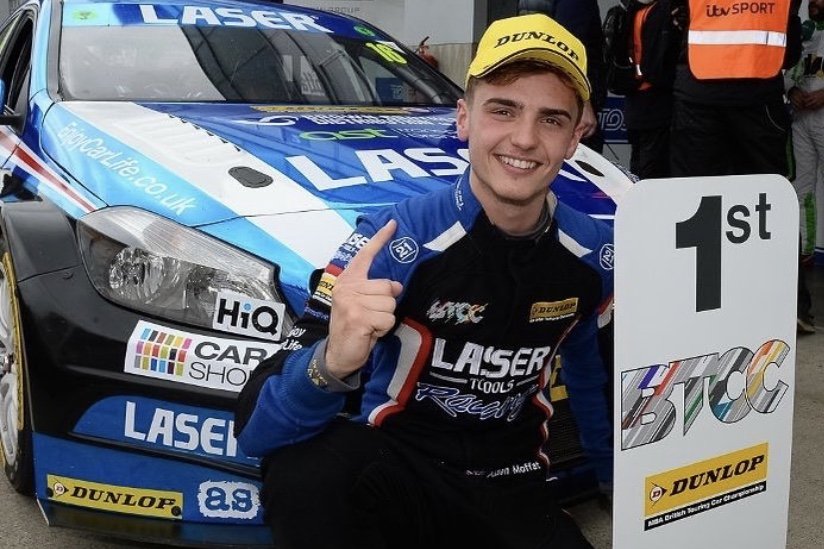 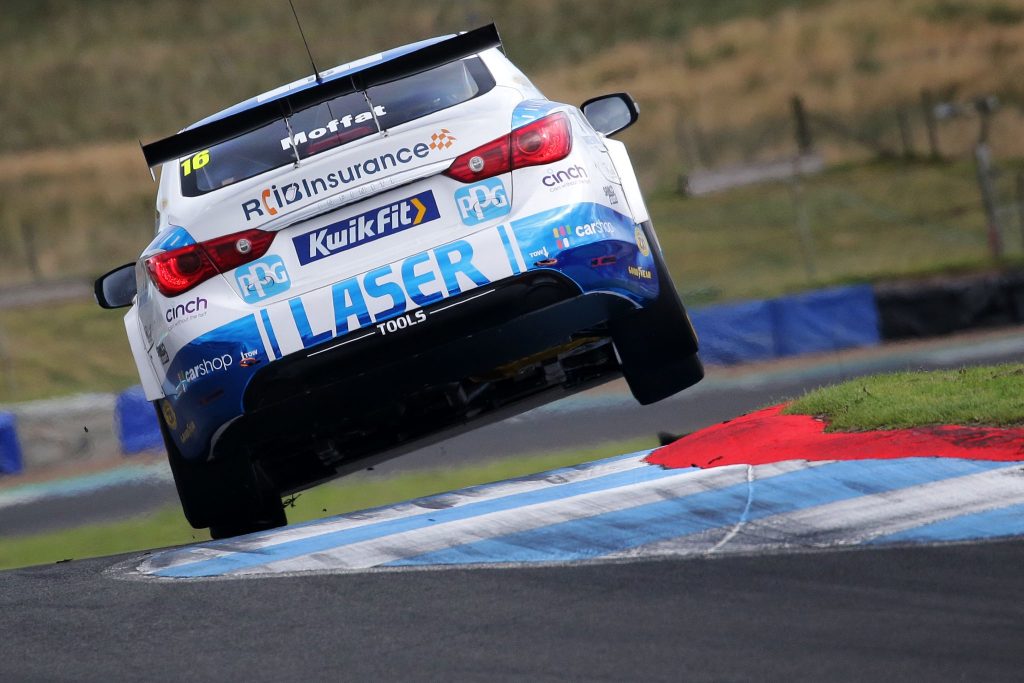 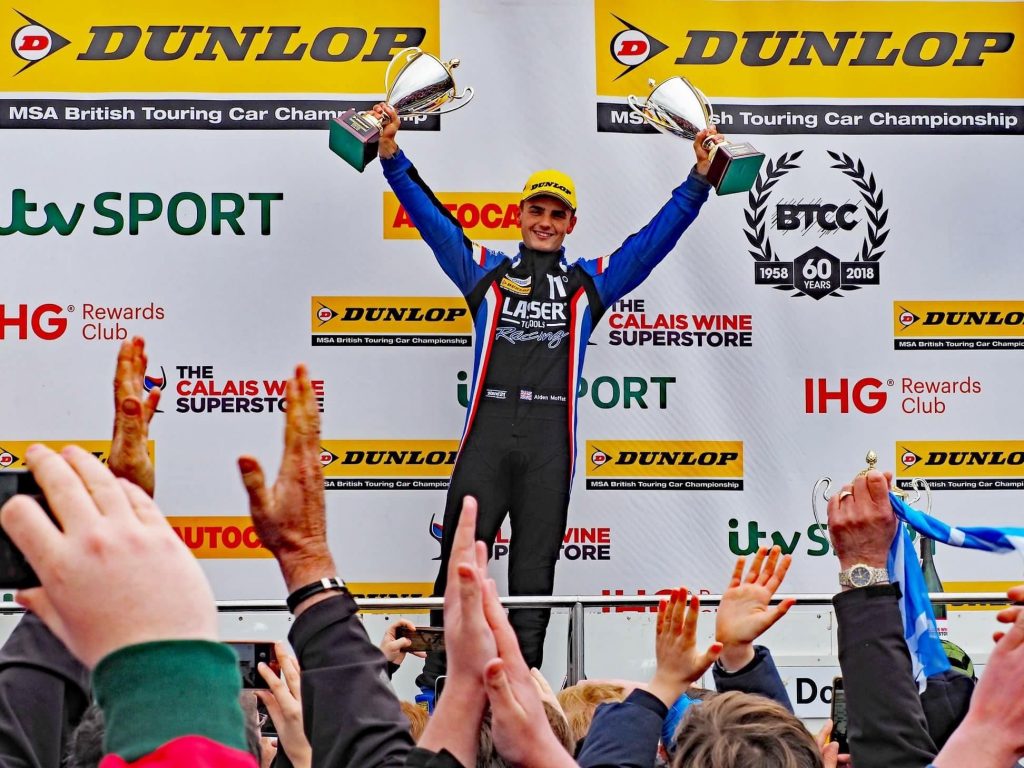 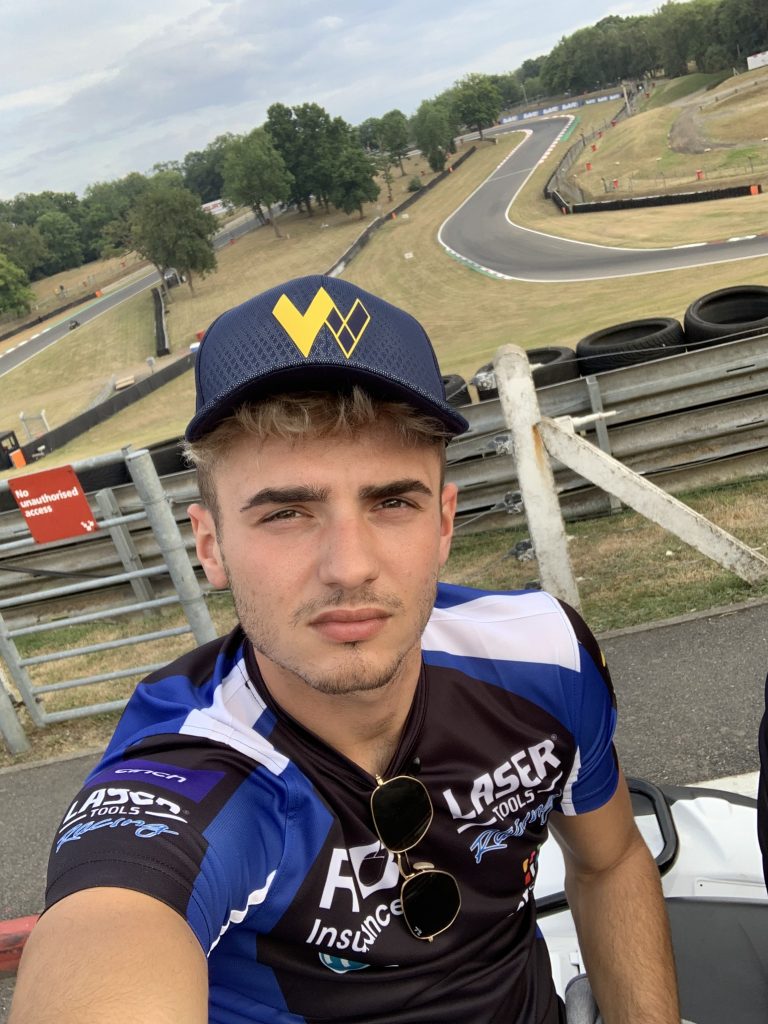 I joined the BTCC when I was 16 years old as the youngest in history, and have been there ever since and become a multiple race winner. We built our own family run team and are now the current Independent Teams Champions.