Michelle is a drift and former stunt/precision driver from Stevenage, England. Michelle has always had a passion for cars and motorsport, but it was Grid Girl work that allowed her the opportunity be more involved in the Motorsport industry.

This gave her a first-hand experience and access to all the drivers that were competing to build up knowledge and contacts. It was not long before an opportunity came up for Michelle to start drifting and she’s not looked back since!

Michelle was a key figure at almost all Santa Pod drifting events and wider car shows giving high adrenaline demonstrations to willing passengers and always impressing the crowds. A key focus of Michelle’s has always been fan engagement, she will always make time for fans, both young or old and inspire them with her enthusiasm and passion for the sport.

Michelle rose through the ranks of drifting and took part in Drift Cup earning podiums and admiration along the way. Michelle’s time in Drift Cup was cut a little short when she auditioned for Fast Live, being selected to be part of a team of 11 drivers from over 2 thousand applicants was an incredible opportunity not to be missed! The drifting was put on hold while she rehearsed high speed precision routines day in and day out; before hitting the road and touring Europe with the team. The show consisted of all manner of cars made famous by the “Fast & Furious” franchise being driven around arenas across the continent, this earned even more admiration from fans and once again Michelle ensured she always had time for them at these events. Upon finishing Fast Live and with a little down time, Michelle took the opportunity to complete her ARDS License enabling her to conquer the circuit racing world as well.

Michelle competed in the CALM Porsche Trophy driving a race prepared Porsche 928, her magnetic personality made her an instant hit enabling her to become an ambassador for the series and once again keeping engaged with her fans. Most of which are now pictured on and so a part of the actual Porsche 928 that Michelle drove.

When not competing on British circuits, Michelle keeps her track time up at public track days. Michelle continues to attend drifting arrive and drive events at Teesside, Santa Pod and Norfolk, though the limited venues that offer these events is reducing opportunities. The goal is to continue practice events before a competitive return to the scene in 2022. The reason I joined this platform was because I had put up some cool footage from a drift day I attended with the caption “ Another great day drifting until my engine decided to die on the M6 on the way home 😩 . Thrown a rod which then bounced around the block , Let’s hope it’s not too long before I’m back out again ! “ to which Matthew asked if I drove the same vehicle home that I drifted in .

The answer to that was yes, I hadn’t yet managed to gain the funds to allow me to buy a trailer yet. This is where I got to learn all about this platform ! Getting a trailer would allow me to not only attend more drift events to gain more experience but would also allow me the opportunity to get back competing in 2022. 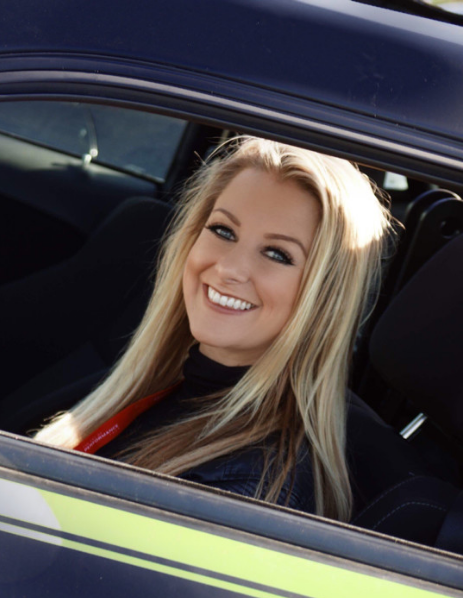 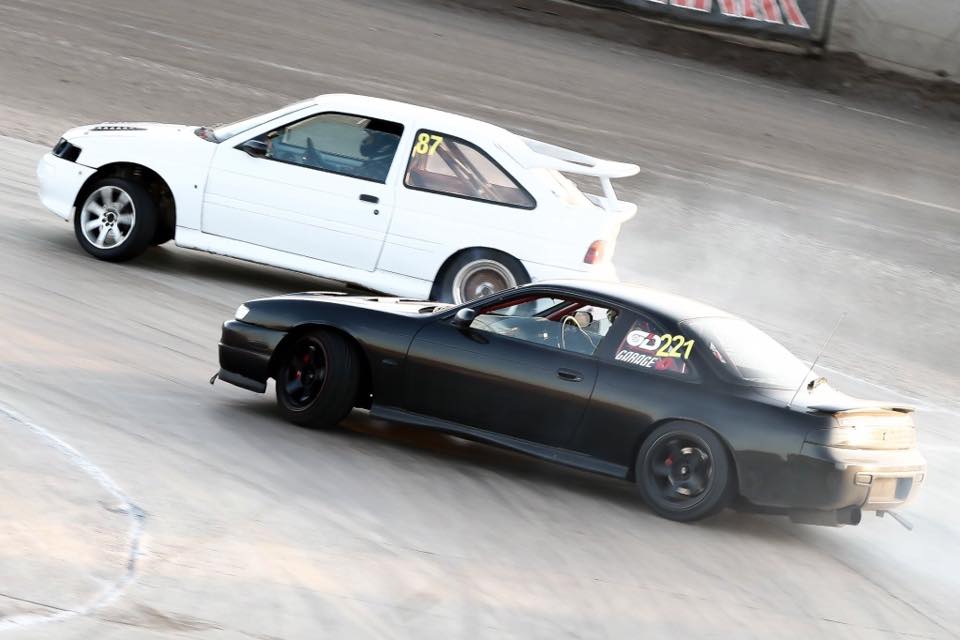 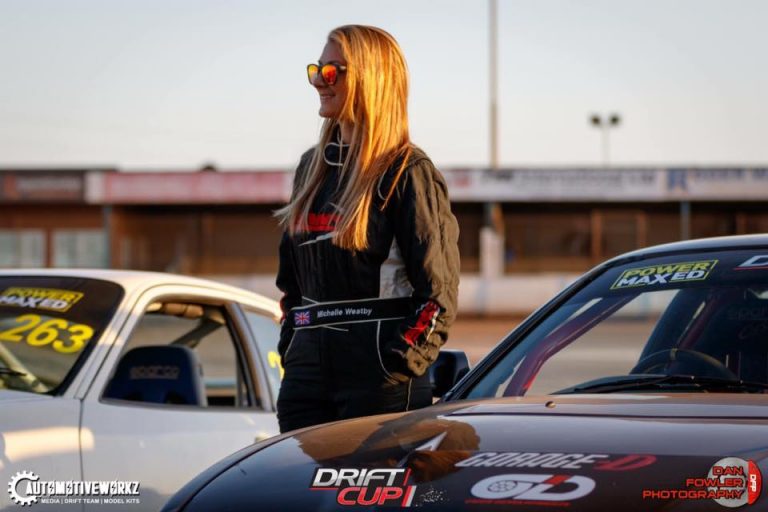 Decals on the car - Size and Locations to be determined on budget.